Arboviruses vs. Coronaviruses: What Travelers Need to Know

News about the coronavirus is dominating the media but, depending on where you travel, you may need to take precautions to avoid arboviruses as well. Here is an overview of the distribution and spread of yellow fever, dengue, chikungunya, and Zika in the past and present.

The word arbovirus is an acronym (arthropod-borne virus) for a family of zoonotic (any microbe or disease of animals that could be transmitted to humans) viruses originally present in nonhuman primates throughout Africa with the exclusion of southern Africa. Yellow fever, chikungunya, dengue, and Zika are all caused by arboviruses. Four dengue viruses are present in tropical Asia, the Philippines, and Indonesia, where they were spread from Africa.

The mosquito Aedes aegypti formosus, which lives in holes in trees, transmits arboviruses between animals, maintaining a zoonosis. This mosquito is mainly zoophilic, which means that it feeds on animals, but it may bite humans, too. In zoonotic areas, people sometimes get infected by transmission from animals, but this usually does not result in significant outbreaks.

When arboviruses become adjusted to another mosquito, the Aedes aegypti aegypti, a variant that flourishes in urban areas and feeds on humans (anthropophilic mosquito), the urban transmission cycle begins, and outbreaks among humans occur. Viruses adjusted to the urban transmission cycle by anthropophilic mosquitos then spread, either through the movement of mosquitos or infected people. The condition for an outbreak to occur in geographic areas far away from a virus’ zoonotic reservoir is a high density of Aedes aegypti aegypti mosquitos at the new destination.

These four arbovirus diseases have traveled to all continents, but they have established their presence among animals only in Africa and tropical Asia-Pacific. In other areas — such as the Caribbean and the Americas — they have not yet created animal reservoirs and may, therefore, be extinct. The extinction happened in the past after a large percentage of the population became immune ("herd immunity").

In humans, symptoms of arbovirus infection generally occur 3-15 days after exposure to the virus and last three or four days. The most common manifestations of the disease are similar to that of the flu and include fever, headache, and malaise; however, encephalitis and hemorrhagic fever may also occur.

A Brief History of Arbovirus Distribution

Yellow fever originated in West Africa as a zoonosis transmitted by the Aedes aegypti formosus mosquito. The Aedes aegypti aegypti mosquitos served as a bridge for the West African yellow fever to move to an urban transmission system and be exported to the American tropics during the 16th-century slave trade. From there, it moved to the East Coast of America, across the Atlantic to Europe, to the Mediterranean Basin and then all of Asia. In the 18th century, outbreaks in major cities on the East Coast — including Philadelphia, Boston, and New York — killed thousands of people. And in Europe, there were outbreaks in many major ports.

Chikungunya first exited East Africa in 1779, going east to Indonesia. It continued leaving Africa in 30- to 50-year intervals. In 1828, yellow fever traveled around Cape Horn and across the Atlantic, causing a massive outbreak in the Caribbean and North and South America. Soon afterward it disappeared completely but has recently reappeared.

In 1871, chikungunya crossed to Zanzibar and then over the Indian Ocean to India and Southeast Asia. In 1963 a massive outbreak in India was virologically documented as having been exported from Africa. When the virus is imported in areas where the population has no immunity, outbreaks are massive, and disease manifestations are often severe. Over time the epidemic dies out, and there is no source of the virus locally. When the people who are exposed and have immunity die, unexposed people without immunity become prevalent, and the risk of an imported outbreak increases.

In the early 20th century, chikungunya traveled again to Asia and became well established there in many areas, with the Philippines and Indonesia becoming endemic and remaining so today. However, in the 1970s, chikungunya in Hong Kong suddenly disappeared and has not yet reappeared.

Dengue, which may be caused by four different viruses (DENV1-4), is widely present as a zoonosis in tropical Asia, the Philippines, and Indonesia. A few centuries ago, in colonial urban centers, all four dengue viruses got into the urban transition cycle, and massive outbreaks became frequent. Through European settlers and maritime travel, dengue traveled the world. Interestingly, the DENV-2 virus got into the urban transmission cycle in the Americas before the dengue emergence in Asia. Dengue causes an estimated 50 to 100 million cases each year, more than any other arboviral disease acquired by humans. At least 250 to 500,000 cases manifest as hemorrhagic fever in young children and people with chronic illnesses, with case fatality rates varying from 0.5% to 5%.

Zika virus, which is quite similar to dengue viruses, traveled recently to the Western Hemisphere, causing a massive epidemic in Central and South America in 2015 and 2016. The good news was that in the presence of the Zika virus, the incidence of dengue declined by more than 70%. The Zika virus had a vaccine-like effect for dengue. Of course, the Zika virus had its adverse effects, such as microcephaly in babies.

Is There Hope for the Future?

The vaccine for dengue has been a target of research since WWII. The painstaking progress has slowed due to the possibility of complications caused by the vaccine in people with previous immunity to one of the dengue viruses. The disease may cause significant suffering, convalescence may be lengthy, and post-dengue depression may make it even worse. If travel to endemic areas cannot be avoided, proper protection from bites is essential.

Zika and chikungunya have not yet established resident status in the Americas, but that could change in the future. There is still hope that the recent epidemics could be extinct. However, people of reproductive age who may wish to have children (or more children) should take the most serious precautions against these diseases.

Yellow fever has already established a zoonotic presence in the forests of Brazil, but unlike the West African yellow fever, it doesn't yet seem to have found its way into the urban transmission cycle.

Learn more about emerging arbovirus infections in the Americas and recent developments in the detection and control of aedes aegypti-borne diseases.

How Do Coronaviruses Compare to Arboviruses?

Coronaviruses are named for the crownlike spikes on their surface, and, according to the CDC, there are four main sub-groupings of coronaviruses, known as alpha, beta, gamma, and delta. Sometimes, however, a coronavirus that infects animals can evolve and make people sick, becoming a new human coronavirus. Here are three recent examples of this:

SARS-CoV: Severe Acute Respiratory Syndrome Coronavirus was first recognized in China in 2002 and subsequently caused a worldwide outbreak in 2002 and 2003.

MERS-CoV: Middle East Respiratory Syndrome Coronavirus was first reported in Saudi Arabi in 2012 and has subsequently caused illness in people from dozens of other countries.

SARS-CoV-2: The 2019 Novel Coronavirus was reported in early January 2020 by the World Health Organization as a new coronavirus associated with an outbreak of pneumonia in Wuhan City, China. As of mid-April, it is a pandemic with more than 2.6 million reported cases of coronavirus diseases (COVID-19) and close to 200,000 deaths so far.

Unlike the arboviruses, the SARS-CoV-2 virus, which emerged from its zoonotic reservoir, now spreads from human to human. With a suspected large percentage of pre-symptomatic transmissions and a lack of diagnostic tests, it evades containment, and the near future is unpredictable.

Will it become extinct, or will it become another seasonal infection — and, if so, how severe might it become? According to Dr. Mike Ryan, head of health emergencies at the World Health Organization, quarantines and travel bans could halt the outbreak and then eradicate the microbe. This is what happened with SARS in 2003.

Other experts disagree. Independent, self-sustaining outbreaks of COVID-19 in major cities globally could become inevitable until, eventually, vaccination helps to achieve and maintain the "herd immunity."

All of this serves as a reminder that new emerging infections are a permanent threat to humankind, and that society must invest more in preparedness. 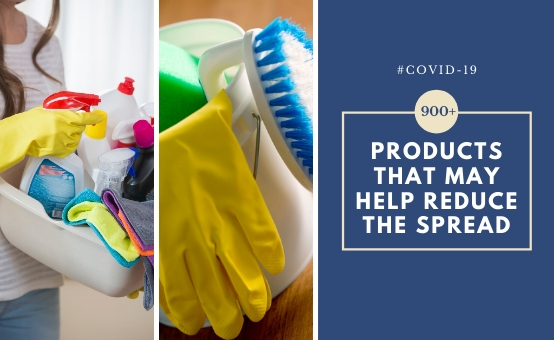 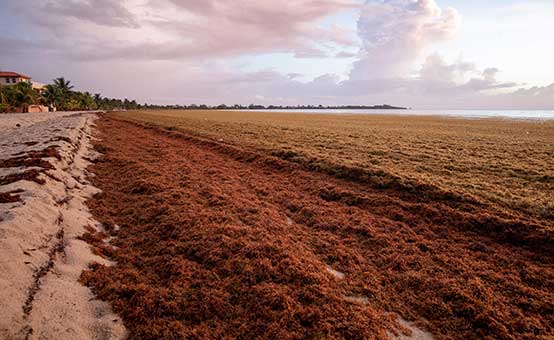 TRAVEL HEALTH  |  Mar 2, 2020
Sargassum Toxicity: More Than An Eyesore, It Can Also Make You Sick

THIS WEBSITE DOES NOT PROVIDE MEDICAL OR DENTAL ADVICE.
It is intended for general informational purposes only and does not address individual circumstances. It is not a substitute for professional medical or dental advice, diagnosis or treatment and should not be relied on to make decisions about your health. Never ignore professional medical or dental advice in seeking treatment because of something you have read on the DAN Boater website. If you think you may have a medical emergency, immediately call your doctor, dial 911, or contact emergency services nearest you.