Travelers Beware: Leptospirosis in Humans is on the Rise

Chances are, you’ve never heard of leptospirosis. In fact, you’re probably not even sure how to pronounce it (lep-toh-spahy-roh-sis). Nevertheless, this potentially dangerous febrile condition, which is occurring globally in urban and rural areas of industrialized and developing communities, affects an estimated 1.03 million people every year, resulting in nearly 59,000 deaths. What’s more, outbreaks of severe leptospirosis—with bleeding from the lungs and high mortality rates—seem to be more common in recent years.

If you’re a frequent traveler to tropical areas or enjoy recreational water activities such as boating, rafting, kayaking or swimming, especially in and around lakes and rivers, you could be at risk. Here’s what you need to know to avoid this nasty bacterial infection.

Q: What is leptospirosis?

Leptospirosis is a disease that’s transferred from animals to humans through contact with animal urine or contaminated soil and waters. In a nutshell, the organism is carried by many animals, lives in their kidneys, and ends up in soil and water through their urine. Leptospirosis is more common in warm and humid climatic zones, especially after heavy downpours and flooding. This leaves boaters and water sports enthusiasts at greater risk after monsoons and hurricanes.

The long corkscrew-shaped bacterium that causes leptospirosis, named Leptospira, belongs to the Spirochaetes class, which also includes the Treponema (syphilis) and Borrelia (borreliosis) bacteria. In comparison to the latter two, Leptospira has a much larger genome, which enables it to live in various environments and survive for a long time outside of animals. Carriers of Leptospira may be any animal, but cattle, buffalo, horses, sheep, goats, pigs, dogs, and rodents are the most common reservoirs.

Q: How do humans get leptospirosis?

As mentioned above, Leptospira lives in the renal tubules of animals and is continuously excreted with urine, regardless of the animal being sick or not. It can enter the human body through cuts and abrasions in the skin, skin damaged through prolonged exposure to water, or through intact mucous membranes of the nose, mouth, and eyes. There is also a slight possibility of getting infected by inhalation of droplets of urine or via drinking water. People at risk of infections are those occupationally or recreationally exposed to environments contaminated with animal urine. Outbreaks frequently occur after heavy rainfall and flooding.

Q: Is leptospirosis contagious between humans?

Leptospirosis is generally not transmitted from person to person. However, like other animals, an infected person can shed the bacterium in his/her urine within days of exposure and for 4 weeks or more after the illness. General social interaction is considered safe, however, human-to-human transmission is possible through direct exposure to infected urine (i.e. sexual contact, handling clothing or bed linens, etc.).

Q: What are the symptoms of leptospirosis in humans?

Manifestations of leptospirosis vary and mimic many other acute febrile diseases (see chart below). The average incubation period is 2 to 30 days, but it may range up to 90 days. Many infected people may remain symptomless; some may exhibit mild, unspecific febrile symptoms and never report it; and others have a severe form with sudden onset of fever, headache, and myalgia.

Nausea and vomiting are quite common. Jaundice occurs in about 40% of acute cases. Conjunctival suffusions and muscle tenderness in calves and lumbar areas may also be present.

Unfortunately, all of this does not distinguish leptospirosis from other febrile diseases, and the diagnosis is often delayed. The febrile stage may subside after a week, but in some cases, it returns in three to four days. Headache may be severe—like in dengue—with pain behind the eyes and photophobia, indicating meningitis.

Other complications in about 10-15% of patients are jaundice, kidney failure, and hemorrhages—with mortality rates of 10%. Lungs are affected in various degrees in at least half of the cases. Symptoms may vary from cough, dyspnoea, and hemoptysis, to adult respiratory distress syndrome. In the worst cases, there is severe bleeding in alveoli and lung tissues. Practically any organ system may be affected. The heart is often affected, as well as other muscles, and inflammation of the eye and subconjunctival bleeding are not uncommon.

Q: What is the treatment for leptospirosis in humans? Is there a vaccine?

Evidence about the efficacy of treatment with antibiotics is limited, but it appears that penicillin and doxycycline may be beneficial. There is no vaccine for leptospirosis in the U.S. Some countries offer a vaccine, but it has not yet been widely tested and may have short-lasting protection—or no protection at all in other geographic areas. The protocol for military personnel and adventure travelers to endemic areas is typically prophylaxis with Doxycycline (200mg/week).

Q: How can I avoid leptospirosis?

Here are some preventative steps you can take to help reduce your exposure to the Leptospira bacteria:

Q: Where is leptospirosis most common, worldwide?

Leptospirosis can occur anywhere in the world but studies suggest it may be more prevalent in countries with tropical climates.

The World Health Organization's Leptospirosis Burden Epidemiology Reference Group (LERG), for example, estimates that the annual incidence rate in tropical countries is 10 or more per 100,00 people, whereas the incidence rate for countries with a temperate climate is only 0.1 to 1 per 100,000 people.

A review by Costa et al. (2015) titled Global Morbidity and Mortality of Leptospirosis: A Systematic Review estimated leptospirosis incidence (cases) and mortality (deaths) rates per 100,000 people at the country level, and concluded that 73% of the world's leptospirosis cases and deaths occur in countries situated between the Tropics of Cancer and Capricorn. Age and gender-specific morbidity and mortality and their 95% confidence intervals for 222 countries and territories were based on a statistical model that was developed with data from quality-assured studies. The estimates used in the study are shown in the maps below.

Map of Estimated Incidence of Leptospirosis Cases per 100,000 Population - Global

NOTE:
1. Estimates are unavailable for the following territories due to missing data: Falkland Islands, Gibraltar, Svalbard, and Jan Mayen Islands.
2. Actual US cases are shown in the Map of Reported Cases of Leptospirosis in Humans by US State for 2018.

NOTE: Estimate is unavailable for the Falkland Islands due to missing data.

Map of Estimated Incidence of Leptospirosis Cases per 100,000 Population - Oceania

Q: Is there leptospirosis in my area? (US only)

According to the CDC's most recent data for human leptospirosis cases in the United States and it's territories, the locations reporting the highest number of cases in 2018 were: Puerto Rico (84), Hawaii (22), New York City (9), California (8), and Wisconsin (8).

While reports of leptospirosis in Hawaii declined from 2016 to 2018, the state continued to experience the largest number of cases (22) in 2018, followed by New York City (9), California (8), Wisconsin (8), Florida (7), Oregon (6), and Maryland (5) -- destinations popular with boaters and water sports enthusiasts.

Reports of leptospirosis in Guam have increased since 2016 while reports in Puerto Rico and the US Virgin Islands decreased from 2017 to 2018.

3 Puerto Rico's leptospirosis outbreak is attributed to Hurricane Maria.
4 There were no leptospirosis cases reported in American Samoa or the Northern Mariana Islands during this period. 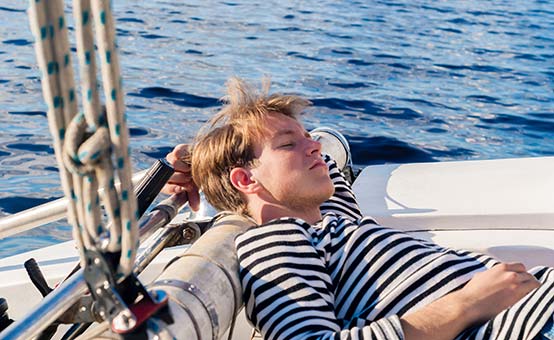 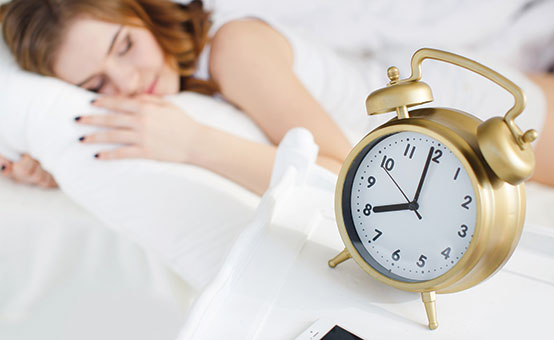 THIS WEBSITE DOES NOT PROVIDE MEDICAL OR DENTAL ADVICE.
It is intended for general informational purposes only and does not address individual circumstances. It is not a substitute for professional medical or dental advice, diagnosis or treatment and should not be relied on to make decisions about your health. Never ignore professional medical or dental advice in seeking treatment because of something you have read on the DAN Boater website. If you think you may have a medical emergency, immediately call your doctor, dial 911, or contact emergency services nearest you.