DAN to the Rescue: Out of Antarctica

There we were, hanging over the bow of the boat, some five levels above the sea. You could not miss us there, all 50 guests wearing their rescue-red overcoats and overlooking the Antarctica mainland as we crossed the milestone of the polar circle. The sea was slick and calm, the sky overcast, and there were many icebergs around.

I was standing there with my tripod, my case full of Canon digital-camera bodies and an assortment of lenses, expecting something to happen. The light and view shifted as the vessel started turning around, so I prepared my gear: I propped my tripod on my shoulder, and with my Pelican case in my dominant right hand I reached for the staircase with my left.

Unfortunately, the rail was covered in ice. It was no surprise considering where we were, but as soon as I grabbed onto it with my left hand I realized how precarious it was. Without a good grip, I shifted the equipment in my hand, lifted my leg to step down and immediately realized I was in trouble. To save myself I let go of the camera case with all of my precious gear, but even that was not enough to prevent my fall. Soon I was rolling down the stairway on a moving ship in Antarctica.

My instincts kicked in. I tucked my head to my chest, one hand over my face and the other over my head, subconsciously hoping to minimize injury. I was falling uncontrollably down over the metal steps. The first time I hit the ladder it was painful; after the second time I did not recall anything more. I was out. Unconscious.

When I woke up I was lying on the iron-cold passageway with a familiar face by my side. It was Goran, the co-leader of the expedition. He was smiling, but his blue eyes were saying something else — he was obviously concerned. He was talking to me, but I could not hear or understand him. I tried to stand up, but it was only when Goran put his hand on me to hold me back that I felt the warmth spreading down my face against that cold passageway. My head was bleeding, and from the growing pool of blood I realized how badly I was hurt.

A few minutes later the ship's doctor arrived with a stretcher and moved me to the ship's clinic. After the painful cleanup of the two deep cuts in my head, the doctor began stitching me up, and I gratefully fell asleep.

I felt better the next morning after a good night's sleep and was hoping to get out of bed. I was eager to plan my next few days on board before I could get back to diving, but I soon learned that the vessel had changed direction and was moving full speed north in preparation for my evacuation. I resisted at first, asking to keep the program going for the rest of the 50 guests, but the potential damage from my injuries was too great. I had a probable concussion, and I'd lost more than a pint of blood from my head wounds, so I had to be evacuated to a hospital in Chile as soon as possible.

"Do you have DAN insurance?" was the first question I was asked when I was well enough to talk. When I pulled that familiar red and white membership card from my briefcase I felt as though I'd produced the "Get Out of Jail Free" card from the Monopoly board game.

Getting out of Antarctica quickly was very tricky. For the next two days the boat steamed full speed ahead, north from the polar circle to King George Island, where the Chilean base has the only airstrip on the Antarctic Peninsula that can regularly and reliably serve South America. Flying in and out of Antarctica is considered "touch and go." A plane can take off from Puntarenas in Chile or from the base only if the weather at the final destination is clear for visual landing, as there is no instrument or light landing on Antarctica. At the midpoint of the flight, the pilot performs a second weather check to confirm if conditions are clear for landing. If the weather has deteriorated, the pilot will turn back, which happens about 80 percent of the time, because weather in Antarctica changes every few hours.

By early morning I learned that DAN had mobilized a plane to fetch me, providing the weather remained clear over King George Island. As the plane reached the point of no return, I was ready to leave. I said goodbye to all of my expedition guests as I was lowered off the vessel, 52 hours after the accident occurred. One of my guests, Mark Fernandez, kindly volunteered to escort me to King George Island and stayed by my side.

As soon as I touched land and the Zodiac inflatable boat returned to the ship, they lifted anchor to continue their diving adventure. My adventure at the moment was more about survival. 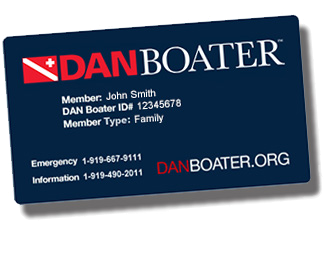 Help is just a call away.

Whether you need travel safety advice, first aid information in the field, or an emergency medical evacuation or repatriation, you're in good hands with DAN Boater.

The two officers at the nondescript wooden hut at the Chilean base spoke only Spanish. The place was semiheated, with worn furniture and a few small black-and-white prints — one of the polar explorer Sir Ernest Shackleton and the other of the Chilean vessel that arrived in 1916 for the rescue of Shackleton's team from Elephant Island. The photos reminded me of the remoteness of my location and the direness of my circumstances.

Stepping outside the hut, I saw the weather change yet again. I could hear the airplane above the dense clouds, but I could not see it. It then occurred to me that the pilot could not see the runway any better than I could see the airplane. Yet, with no other options available, the pilot plunged through the cloud bank and landed safely.

Once again I was asked to show my DAN insurance card, and I was admitted to the plane. The pilot came to the door with a long face and said something in Spanish. I couldn't understand his words, but the meaning was clear: There was a problem. Visibility over the runway had reduced to less than one mile.

Expecting to be stuck on the ground for another day, I was astonished when the clouds broke with enough time for the pilot to get us all aboard and lift off. It happened in the nick of time; the clouds over King George shut down the airport only 30 minutes later.

After takeoff the flight was uneventful. I ended up in a hospital in Puntarenas, Chile, under excellent care and constant supervision.

During the next few days the charter service that operated my evacuation checked in with me. They said that the cost for my evacuation was $30,000 — and this was in 2004 dollars. It might cost twice that much today. Once more I was reminded of the value of my DAN membership and insurance, not only for the education and peripheral benefits provided but also for the very real insurance benefits and evacuation assistance when I was in need.

There is a reason I ask my guests on our BigAnimals Expeditions to have DAN insurance. In the remote areas of the world to which we travel to experience the photo opportunities we enjoy, we need someone watching our backs, and that is what DAN does. 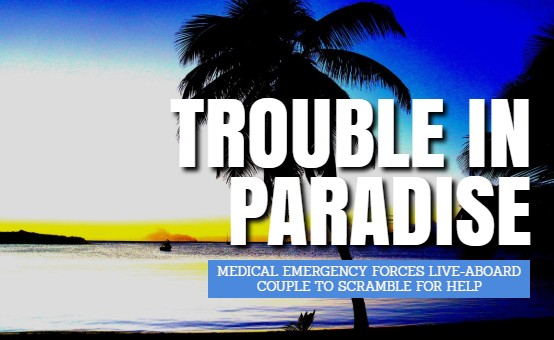