Have you heard the one about the two Coast Guard helicopter pilots who walked into a sandwich shop? The first, Dan Molthen, was one of the most highly-decorated rescue pilots in Coast Guard history, boasting over two decades of braving the massive Bering Sea. The second, Mario Vittone, was a Coast Guard rescue swimmer who’d spent 22 years saving boaters in distress from the turbulent waters of the Atlantic Ocean and Gulf of Mexico.

Curious about their shared experiences, Mario asked his colleague, “Have you ever seen a float plan?

“Neither have I,” Mario responded.

If you were expecting a punchline here, there’s not one. THIS IS NO JOKE! Despite a combined 45 years of searching for lost boaters, neither of the above rescuers had ever seen the ONE document that ALL boaters should file prior to a trip.

Instead, say these pros, far too many searches they had been involved in were launched from vague conversations that went something like this…

“It was maddening,” sighs Mario. “Thirty minutes after a call like that, guys like Dan and me would be in the air looking for the ubiquitous ‘open-hulled, white 21-foot something’ with two guys aboard in an area that could loosely be described as a calculated wild guess from the search and rescue controllers.”

“One of the most important pieces of safety equipment isn’t on the boat—it’s a float plan,” confirms Miami Beach Coast Guard Commanding Officer, Lt. Mike Cortese. “Too many times, we find out a day later that someone didn’t come home, and now they’ve been adrift for 12 to 16 hours. It makes it very difficult to narrow down a search pattern and find a boater quickly.”

Who needs a float plan?

Anyone who’s planning to spend time on the water needs to file a float plan. This includes kayakers and canoeists…jet/water skiers and sports fishermen…sail and power boaters…skippers of charter cruises and captains of luxury yachts.

Whether you’re planning to venture out for an afternoon, or setting off for an ocean crossing, you need to let someone know where you’re going, and when you expect to return. Maybe you’re accustomed to posting a note on the fridge that says you’re out fishing for the day. Or, perhaps you’re in the habit of telling a neighbor or a dock master you’ll be out on the water for a day or so. Neither is sufficient. There are just too many facts that need to be accurately remembered and ultimately conveyed should an emergency arise.

What is a float plan?

A float plan — aka a Trip Plan — is a document that outlines your expected journey while boating. Think of it as leaving a footprint on the water that can be followed by anyone who may be searching for you.

Filing a proper float plan not only protects you and everyone on board, it saves your family and friends ashore needless worry by providing them with concrete details of what to do and who to contact if you fail to return on time. A float plan also provides vital information necessary to search and rescue personnel, so that they can help locate and assist you in an emergency.

What information should be in a float plan?

The ideal float plan should include the following information:

Typically, it is the skipper’s responsibility to prepare this document; however, any member of the crew can also step up and do so.

Which float plan should I file?

How to create and share a float plan using the form

There are numerous templates available online from various boating organizations, but Lt. Cortese recommends the official float plan of the U.S. Coast Guard. “Unlike other templates, this one was written by the folks who do the searching,” he says. “If they ask for a detail, you can bet they know how to use it.”

Once completed, do NOT file this plan with the Coast Guard. Instead, print or share it electronically with two trusted relatives or friends, as well as with your local marina. If you don’t check in from your trip as expected, these float plan “guardians” will have sufficient information to contact authorities and request help and/or an immediate search.

One huge advantage of filing your float plan electronically is that you can upload it and make it accessible to those with whom you’ve shared your original copy. This way, you can update it if your itinerary changes, and your float plan guardians will remain in the know.

Finally, consider adding pictures of your vessel to your float plan file. This will help search and rescue teams dismiss other boats that aren’t yours and zero in on your vessel more quickly.

The US Coast Guard App is free. You can download a copy from the Google Play Store and the Apple App Store.

Bottom line: A float plan is the "paperwork" that could save your life.

How effective are float plans? Success stories abound. Lt. Cortese recalls the off-course boater from West Palm Beach who had filed a float plan, and whose wife called the Coast Guard after an hour of him missing his reported return time. “We found him within two hours—about 15-20 miles from where he said he would be, because he had drifted into the Gulf Stream,” Cortese recalls. “Had he not filed a float plan, he would have ended up near Jacksonville before we found him. It could have been days.”

In another incident, three boaters from Deland, Florida experienced engine trouble at sea amidst high winds and torrential rains. The trio had filed a float plan with a friend, who contacted the Coast Guard when he realized his friends were overdue. Amidst a five-hour effort to walk and swim their boat to shore in conditions where winds exceeded 25 knots, the Coast Guard spotted their flares and hoisted all three to the helicopter, with no injuries reported.

Then there’s the heartwarming story of Scott Burns, who was on his boat just off Santa Cruz Island, when his wife needed to reach him immediately. After a three-year wait, a pair of kidneys for her husband had become available, and Burns needed to get to Cedars Sinai Medical Center in Beverly Hills ASAP for a transplant. Fortunately, Burns had filed a float plan with his wife, who was able to detail his schedule and location. The Harbor Patrol subsequently used that information to get Burns to the hospital on time. 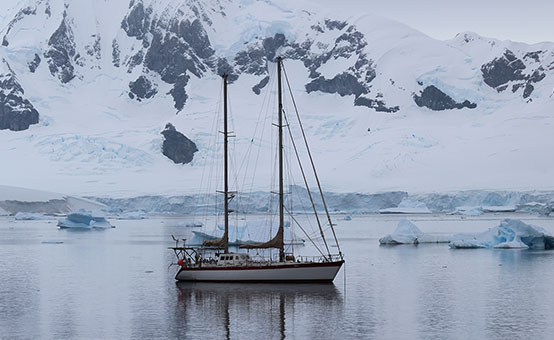 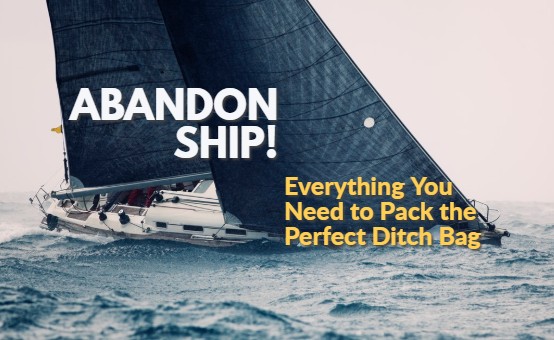 BOATING SAFETY  |  Aug 7, 2018
Everything You Need to Pack the Perfect Ditch Bag