One of the most enjoyable aspects of life on board is the social environment. You can meet some terrific people with diverse backgrounds and sit around in the evenings sharing stories of the day's adventures and previous great excursions. Some of the new friendships may last long past the time spent at sea. Unfortunately, with the good may come the bad — and sometimes the ugly. Communicable diseases can be passed among people who share confined living spaces such as those found on boats, cruise ships and commercial aircraft.

While working at Duke University Medical Center in the mid-1990s, I was in the microbiology lab one holiday weekend when a large bag of specimens from more than 35 patients unceremoniously arrived from the student infirmary. The order slip for each specimen read "check for bacteria, ova and parasites," a routine request for patients with severe gastrointestinal (GI) complaints. The patients had been examined by various medical providers, none of whom were aware of the larger picture of the incident. It turned out that all the ill students were women who had spent the past few days going through sorority rush. An examination of a representative sample of the specimens with an electron microscope identified the responsible pathogen as a virus that commonly causes such outbreaks of gastroenteritis. No antibiotics were necessary, and all of the ill students were reassured that their recoveries would be swift and complete.

You would have to be living in a media vacuum to have missed the large number of reports of disease outbreaks on cruise ships in the past several years. Some were so severe that the cruise had to be cut short and medical assets had to be deployed from shore. Reports and images of passengers enduring difficult conditions were broadcast by the media and made quite an impression on the public. Nearly all of these illnesses were caused by viruses belonging to the norovirus family, viruses in the same group as those responsible for the Duke sorority rush outbreak.

There is nothing about these viruses that makes them any more likely to cause disease at sea — wherever there are large groups of people living together for days at a time, the risk of communicable GI and respiratory infections is significant. The additional variable of food service increases the risk.

The most common diseases spread among people who share living spaces are those that cause upper-respiratory-tract infections (the common cold) and those that cause GI problems. These diseases are typically spread from person to person via respiratory droplets or direct or indirect contact with oral fluids. Fortunately, most of these diseases are self-limited and cause relatively minor symptoms. In rare instances, however, they may cause severe disability or even death. Despite the generally non-life-threatening nature of most of these afflictions, they tend to put an end to the activity that is the entire reason for the trip: having fun.

Viral diseases are by far the most common in close-quarters settings, but bacterial pathogens are also a hazard. Some bacterial pathogens cause disease directly, while others produce toxins that make people ill. This article will provide an overview of the contagious diseases you're most likely to encounter in close or confined living spaces (such as those found on boats), give suggestions for managing or treating them and, perhaps most important, offer suggestions for avoiding these nasty bugs altogether.

Most of these viral pathogens cause symptoms approximately 36 to 48 hours after contact with an infectious individual. The most common viruses that cause cold symptoms are the rhinoviruses and coronaviruses. These viruses are spread from person to person by respiratory droplets and do not generally cause severe illness. They can, however, affect travel plans.

While over-the-counter medications may ease symptoms, they may also have problematic side effects or wear off at inopportune times. Some over-the-counter preparations are advertised as curative, but the U.S. Food and Drug Administration (FDA) generally classifies these as nutritional supplements because there is no proof of their effectiveness.

One problematic group of respiratory viruses is those that cause influenza ("the flu"). Influenza is characterized by respiratory symptoms, fever, body aches and general malaise (i.e., feeling just plain lousy). While the symptoms are more severe than those of the common cold, the treatment is pretty much the same: Address the symptoms. There are effective antiviral medications that are sometimes prescribed for patients with the flu, but in otherwise healthy adults most health-care professionals opt to let the infection run its course. There are fatalities from influenza every year, but these most often occur in the very young, the very old and people who suffer from significant chronic diseases.

Viruses that affect the gastrointestinal tract cause more serious and unpleasant symptoms. The previously mentioned norovirus group is the prototype for these pathogens. These viruses are spread by person-to-person contact as well as contact with objects upon which there are droplets that contain the infectious organisms. Such objects include doorknobs, computer keypads, telephones and exercise equipment.

Most of the large-scale outbreaks that made the news in the past few years were due to these viral GI pathogens. The symptoms typically include nausea, vomiting, fever and diarrhea. Severe cases pose a risk of dehydration and loss of critical electrolytes. Otherwise healthy adults generally do just fine with fluid replacement and treatment of symptoms, but children, the elderly and people with other significant medical problems may require more aggressive medical care. Intravenous fluids and replacement of electrolytes may be required, and prescription medications can be employed to combat the nausea and vomiting. 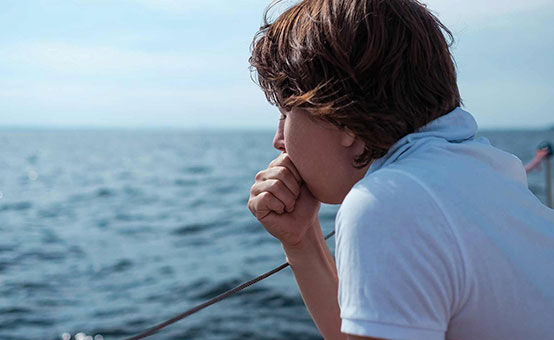 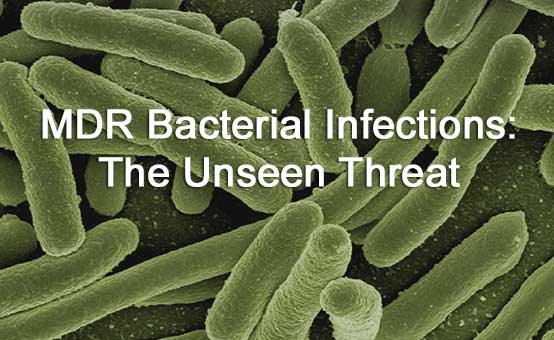 Occasionally, bacterial pathogens rather than viruses cause severe outbreaks of gastroenteritis. Bacteria such as salmonella and shigella wreak havoc directly on the cells that line the intestines. Salmonella typically causes fluid loss through watery diarrhea, while shigella can be more invasive, causing bloody diarrhea. Both of these bacteria can cause serious illness.

Most people are aware of the effects of the bacteria E. coli — it is the primary reason some restaurants won't serve rare hamburgers. There are various types of E. coli, some of which behave more like salmonella and others more like shigella. Treatment for infections caused by these bacteria is very similar to treatment for viral gastroenteritis, but in some cases an antibiotic may be helpful. The means of transmission are identical.

Bacteria that create toxins can cause GI symptoms, and ingestion of the toxin causes illness. The bacteria most often responsible for such infections are in the staphylococcus and bacillus groups. The toxins made by staphylococcus and bacillus bacteria are formed in situations where refrigeration is inadequate or food is left out for prolonged periods, as occurs with salad bars, condiment bars and buffets. Bacteria also produces the less-common but well-known botulism toxin. Symptoms from ingesting these preformed toxins usually manifest in the upper GI tract (as nausea and vomiting) and typically begin soon after ingestion of the tainted food.

Foods notorious for this type of infection are creams, soups and desserts. Symptoms in the lower GI tract may follow the period of nausea and vomiting. The illness is self-limited, and only symptomatic treatment is needed.

Less common but more severe infectious diseases include hepatitis A, malaria, yellow fever and dengue fever. Of those, only the hepatitis A virus can be spread from person to person. While this can be a serious disease, the symptoms do not usually occur until after the afflicted person returns home from a trip.

Malaria, yellow fever and dengue fever are commonly encountered medical problems associated with traveling, but they are transmitted by mosquitos and typically acquired during excursions away from the boat or cruise ship. A wise traveler will check appropriate travel-medicine websites to ensure he or she is prepared to enter areas where these tropical diseases are common. For the most part, preventive measures such as mosquito repellent and prophylactic medications such as Malarone will do the trick. Symptoms may not occur until long after the traveler returns home.

As mentioned previously, treatment for the GI illnesses commonly encountered during travel boils down to supportive care — relieving the symptoms of vomiting or diarrhea while ensuring adequate intake of fluids. Acetaminophen (Tylenol®) may be used to combat the fever and muscle aches that often accompany viral illnesses. In vulnerable populations and extreme cases where there is concern for severe dehydration, intravenous fluids and/or prescription medications to combat the nausea may be required. In the worst cases, patients will need to be evacuated to shore-based medical facilities for treatment.

Not contracting a communicable disease in the first place is of course preferable to needing treatment. Prior to leaving your home country, ensure all of your vaccinations are up to date, including those for tetanus and hepatitis A. It is also good practice to obtain the annual flu vaccination. When living in tight quarters, whether on cruise ship or at a resort, wash your hands with soap frequently. Avoid foods that are likely to encourage growth of toxin-producing bacteria; these include meats, sauces or pastries that are left out for prolonged periods, and items on soup, salad and dessert bars that aren't kept hot or cold. The water, and therefore the ice, on cruise ships is generally safe for drinking and brushing teeth, but the same cannot always be said for the water at some resorts and other public places on shore.

By taking these general precautions you can avoid becoming a victim of some common diseases during your time onboard. No one wants to leave the dock only to be confined to his or her cabin or, worse yet, sick bay. After all, the goal is to enjoy yourself and make memories worth talking about during the next trip.